401K Division in a Texas Divorce 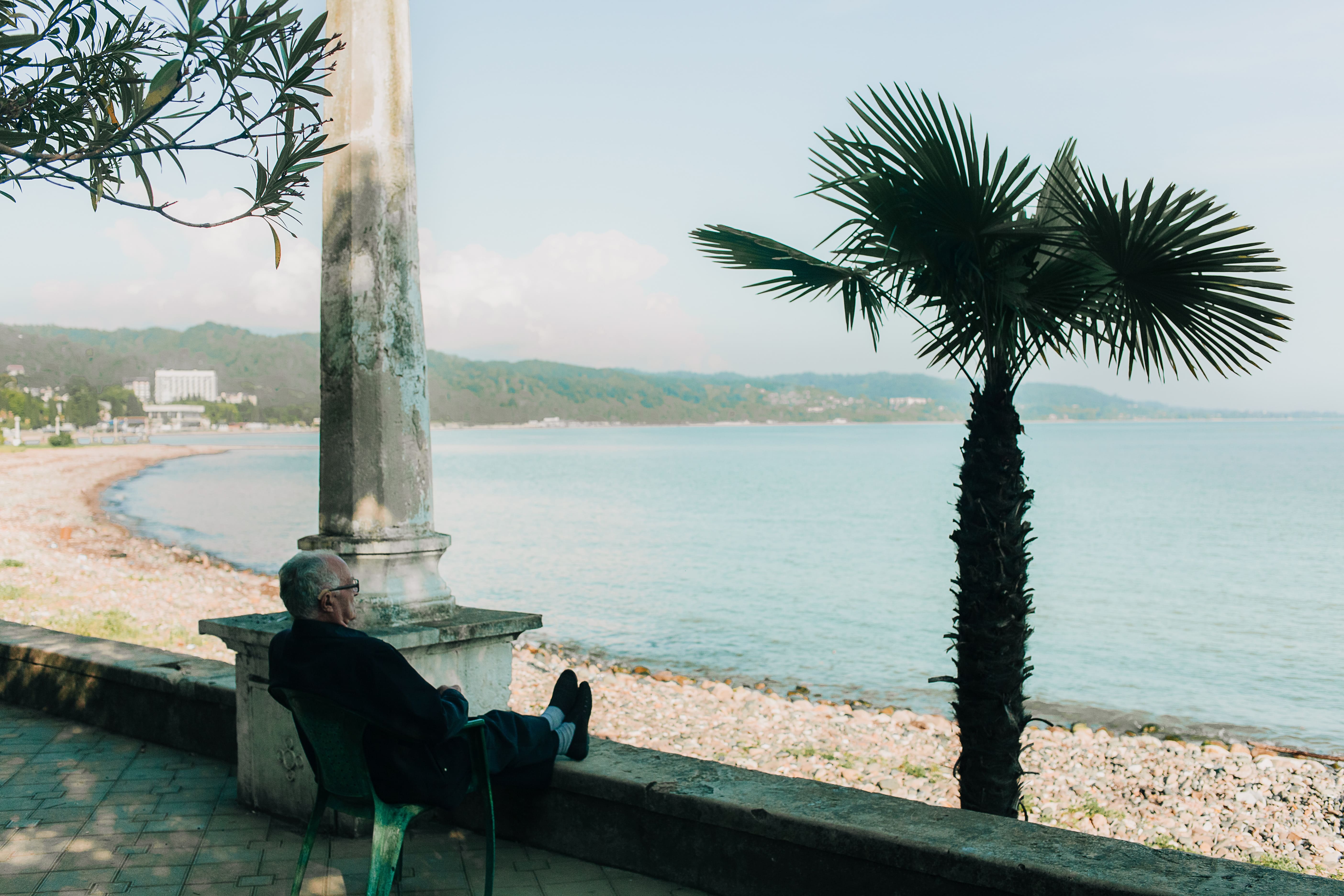 401K division in a Texas Divorce is one of the most discussed topics when it comes to getting a divorce in Texas. Many of you have 401(k) plans through your employer that provide you with a terrific savings and investment vehicle for your later years. Specifically, a 401(k) plan is a defined contribution plan that allows you to contribute $19,500 per year. Depending on the type of 401(k) that you have- traditional or Roth- your money will either be taxed in the year it is deposited into the account or you will pay taxes on the money as you withdraw it. Should you choose to withdraw any portion of your 401(k) before you reach age 59.5 there is a 10% penalty assessed on top of those aforementioned taxes.

The nice part of a 401(k) is that often times your employer will choose to “match” contributions that you make, up to a certain percentage. Essentially you can earn “free money” on your account for doing nothing more than working for that firm and contributing money to your retirement account. Additionally, you have a fairly wide range of investments from which to choose in most cases. Without a doubt, the 401(k) is a great option to be able to take advantage of as far as retirement savings is concerned.

One of the most important aspects of a divorce is conserving as much of your 401(k) as possible. While most people want what is “fair” in a divorce, there is a fine line between fair and getting taken advantage of unnecessarily. You have worked hard and contributed for years to that account. While what was contributed (and its growth) during the course of your marriage is community property, you are able to negotiate on how to divide it- if it is to be divided at all.

It is my experience that many attorneys and even judges do not understand a majority of the critical issues that surround the division of these retirement accounts in a divorce. In today’s blog post we will discuss a few important topics. Namely: what portion of your 401(k) is community property and which is separate property, as well as what reduction in value of the 401(k) is necessary to estimate due to taxes not yet having been paid?

Before we talk about anything else within the framework of your 401(k) we first need to figure out how the account will be viewed under the community property laws of Texas. After all, it is only the community property portion of the account that is potentially divisible in the divorce. The remaining separate property portion is yours, free and clear, and cannot be divided by a family court judge.

It used to be that courts would simply figure out how much your 401(k) was worth at the time of your marriage and then subtract that amount from what it is currently worth. The remaining portion is the community property portion and is subject to being divided up in your divorce. This is not a great method, given that the shares of mutual funds and stocks in the account has likely increased a great deal, even if the number of shares that you own have not increased at all.

The end result is that because the increase in value of the original shares of stock, (while the number of shares the remains the same) that is all considered separate property under Texas community property law. The end result is that your separate property portion of the account is likely much greater than what we would arrive at had we simply done the “subtraction method” that I laid out in the previous paragraph.

What you and your divorce attorney need to know is that your separate property interest in your 401(k) will be determined using tracing and community property law that we use in to value any other nonretirement account. Any dollars added to the 401(k) during the marriage through your own contributions, the contributions of your employer, as well as interest earned would be considered community property. On the other hand, the increase in value of individual shares of stocks or mutual funds that were owned before your marriage would be separate property.

For your specific circumstances, you would need to look at what your 401(k) is invested in and what sort of buying and selling has occurred with those individual investments. In many cases, an expert witness may need to be brought into your case to trace the 401(k) account to see what is separate and what is community property. This is, of course, unless you all can come to an agreement yourselves on what that ratio ought to be.

Most courts will not reduce the value of your 401(k) because it has not yet been taxed. A Roth 401(k) should certainly not have its funds reduced for a future tax burden due to the fact that this is all after-tax money in the account. When you and your employer have contributed to your 401k) those contributions are not taxed, however. Once you withdraw the funds in the account those withdrawals will be taxed.

There is nothing in the Texas Family Code that states that a retirement account’s value should be reduced even if it is subject to a future tax burden. By the same token, there is nothing that says your court should not do so, either. The whole principle of deferring the tax burden until you start to make withdrawals is that for many people, your tax rate will be lower at the time of retirement than when you and your spouse are both earning an income.

Consider the following example. If your spouse (who is 56 years old) is awarded half of your 401(k) plan in a divorce, she would not pay any taxes on that amount awarded to her at the time of your divorce. However, when she starts to make withdrawals on that money later in life she would pay taxes at a lower rate most likely. We don’t know if that happen exactly as planned, however. Tax rates may go up and we don’t know exactly how much and when the money will be withdrawn.

Most of the time, attorneys and judges will take a look at your entire 401(k) balance and will not reduce it by some tax rate that is purely hypothetical. There are enough uncertainties when discussing this subject that to do so would be unwise and unjust. There are always exceptions to consider, such as if your spouse must cash in a portion of the 401(k) immediately to pay a debt. In that sort of scenario a court and your attorneys will know that the present value of the account is not actually its face value.

Some employers allow for employees to take out loans from their 401(k) accounts. This is often a problem for attorneys. A 401(k) may have a community property value of $250,000 but if a $25,000 loan is owed to the account then that must be listed as a debt rather than an asset by your attorney when figuring out how to divide up the property in your community estate.

Here is where some attorneys will guide clients incorrectly. Keep in mind that the loan balance (here it is $25,000) should not be deducted from the current balance of the 401(k). This loan is not treated like a credit card debt. You owe that money to yourself- not a bank or other lender. As a result, your 401(k) loan is like a debt and an asset that you expect to receive at a future time. All in all, the end result is that the value of your 401(k) should actually not be reduced at all due to an unpaid loan taken out on the account. The loan must be listed in order to show all parties, and potentially the judge, that it exists.

Now we can talk about how things look once the dust has settled and you and your spouse have settled upon a method to divide up your 401(k). Keep in mind that just because you and your spouse have settled your case in mediation does not mean that your divorce is over on that day. It may feel like that from an emotional standpoint, but in reality there is much work to do on behalf of your attorney and that of your spouse.

Sometimes it can take a couple of months to get to the point where the plan administrator for your 401(k) actually divides up the account from the date on which you all settled your divorce. The interim months will likely see the value of your 401(k) increase or decrease. You are not likely to stop your contributions during this time, either.

As a result, it is crucial that your mediated settlement agreement (MSA) describe with specificity how much of your 401(k) is being awarded to your spouse. As long as the wording is consistent, there should not be any problems when attempting to enter your final decree of divorce or a Qualified Domestic Relations Order (QDRO).

For most divorces, it is the wording contained in the settlement agreement that will hold your divorce up rather than the wording in the Final Decree of Divorce. Most attorneys will draft your final decree based off of templates contained in the family code, so there is less he or she could make an error in regard to.

On the other hand, your settlement agreement will likely be written very quickly by your mediator at the end of a long negotiation session. Everyone involved in that mediation was motivated to get out of that office quickly- yourself included. As a result, mistakes, or at the very least unclear statements- could have been included in that settlement agreement.

Some of the more common mistakes that are made when drafting a settlement agreement is whether the entire value of the 401(k) is being divided up or just the community property portion. When it comes time for your divorce to specify what is going on with your 401(k) make sure that the date of the division of the account, the manner in which it is being divided a swell as how increases/decreases in its overall value should be taken into account.

Having arrived at a settlement, you can now begin the process of drafting a Qualified Domestic Relations Order (QDRO), or hiring an attorney to do so on behalf of you and your attorney. This should be done at the same time as the drafting of your final decree of divorce.

Information will need to be obtained from the plan administrator for your 401(k) plan. How the plan handles QDROs and what language needs to be included in a QDRO are among the most important pieces of information that can be shared. Once a draft QDRO is ready your attorney will forward it to your spouse’s attorney for their review. A QDRO that can be pre-approved by a plan will make it much easier for everyone involved once you and your spouse have given it your ok. Finally, as soon as the judge has signed the QDRO your attorney will send a certified copy of the QDRO to the plan administrator. From there, your spouse will be paid their portion of the account, per the terms laid out in the QDRO.

Thanks to our friends and contributors at The Law Office of Bryan Fagan for their insight into dividing a 401(k) retirement plan in a Texas divorce.