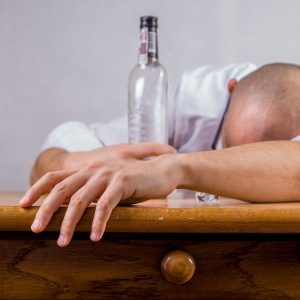 Having a child is a wonderful thing. Most parents cannot wait until their bundle of joy is born. This is not the case in all situations. Some children are conceived at a young age or by a tragedy. The case can be that the mother or father is just not ready for a child or the child is a victim of sexual assault and an abortion may not be an option for them, or maybe an abortion procedure was unsuccessful. The law provides other avenues. A mother or father of a child may ask the court to terminate his/her parental rights, or the other parent’s parental rights. Although it is generally very difficult, and obviously the court does not want a child to be without a father or mother, there are two documents that can help the court in terminating a parent-child relationship: an affidavit of relinquishment or an affidavit of waiver of interest in child. Generally, an adoptive parent must also be available and willing for a court to terminate a parent’s parental rights.

(1) the name, county of residence, and age of the parent whose parental rights are being relinquished;

(3) the names and addresses of the guardians of the person and estate of the child, if any;

(4) a statement that the affiant is or is not presently obligated by court order to make payments for the support of the child;

(5) a full description and statement of value of all property owned or possessed by the child;

(6) an allegation that termination of the parent-child relationship is in the best interest of the child;

(7) one of the following, as applicable:

(A) the name and county of residence of the other parent;

(B) a statement that the parental rights of the other parent have been terminated by death or court order; or

(C) a statement that the child has no presumed father;

(8) a statement that the parent has been informed of parental rights and duties;

(11) if the relinquishment is revocable, the name and address of a person to whom the revocation is to be delivered; and

(12) the designation of a prospective adoptive parent, the Department of Family and Protective Services, if the department has consented in writing to the designation, or a licensed child-placing agency to serve as managing conservator of the child and the address of the person or agency.

The following may, but do not have to be included in the affidavit:

(2) a consent to the placement of the child for adoption by the Department of Family and Protective Services or by a licensed child-placing agency.

Affidavit of Waiver of Interest in Child

If you have any questions regarding termination of parental rights and need a great child custody attorney in Spring, TX, North Houston, Woodlands, Klein, Tomball, Cypress, FM 1960, Galveston, and surrounding areas, call the A.T. Law Firm for a free consultation 832-800-5590. We would be very happy to help you. We also travel to different counties including but not limited to Harris County, Montgomery County, Liberty County, Chambers County, Galveston County, Ford Bend County, Waller County, and Brazoria County. Contact the A.T. Law Office to set up a free consultation.