The Ashton Kutcher and Cameron Diaz marriage…What happens in Vegas doesn’t ALWAYS stay in Vegas, but it CAN!!! 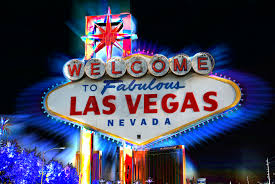 Have you seen the movie “What Happens in Vegas” starting Ashton Kutcher and Cameron Diaz? Have you ever went to Vegas and looked at one of those marriage chapels after a long night of gambling and/or drinking and wondered how cool it would be to get married to your significant other you just met at the casino? Well, the good news is if this happens in Texas, there are certain scenarios that can protect you from being stuck in a marriage and not having to go through a divorce to dissolve your marriage:

VOID MARRIAGES: What is a void marriage? A void marriage is one that society doesn’t not legally accept as a legitimate marriage. How can a marriage be void?

VOIDABLE MARRIAGE: A voidable marriage is a marriage that is legal and legitimate as long as both spouses still agree to be married. However, if the disadvantaged party no longer wishes to be marries, the marriage can be dissolved.

Do you have any questions regarding the validity of your marriage? Need a family law or divorce attorney in North Houston including Klein, Tomball, Spring, Woodlands, FM 1960, and surrounding areas? Contact the A.T. Law Office for a free consultation. You may ask for attorney Amir Tavakkoli of Houston, TX. We also practice in different counties including but not limited to Harris County, Montgomery County, Liberty County, Chambers County, Galveston County, Ford Bend County, Waller County, and Brazoria County.