We are here to help you.

Amir Tavakkoli, founder of the firm, was the Vice President of his law school class and graduated Summa Cum Laude. Amir received his associate degree from Lone Star Community College and graduated Magna Cum Laude from the University of Houston with a double degree in Political Science and Sociology. His legal and political experiences include working with Judge Kyle Carter in the 125th Harris County Civil Courthouse, U.S. Representative Al Green, State Representative Garnet Coleman, the Texas Criminal Justice Coalition, and the Houston Bar Association. Amir was also a research assistant at his law school.
Amir was an active member of the international moot court team while in law school and competed nationally. He also served as an associate member and later as the research assistant for the Thurgood Marshall Law Review. He has been able to publish several articles with the Journal of Law and Social Deviance, Arizona Summit Law Review, Indiana University’s PublicInReview, and the Student Appeal. Amir has also set aside time to volunteer at various organizations including volunteering at St. Luke Hospital’s emergency room, spending time with seriously ill children being treated in Texas Medical Center member institutions, and working for the Habitat for Humanity. Amir has successfully tried judge and jury cases in family, criminal, and civil matters.

Lakia’ S. McCline is a St. Louis, Missouri native having recently graduated from law school and awaiting bar results. Having realized her purpose at an early age, Lakia’ set her sights on becoming an Attorney. She is a Spring 2013 graduate of Alabama Agriculture and Mechanical University, where she obtained her Bachelor of Science in Psychology, minoring in Criminal Justice. Lakia’ credits her decision to pursue a legal career to the love and encouragement from her grandmother, Lucille Harmon. In order to bring her childhood dream to reality, Lakia’ enrolled into Thurgood Marshall School of Law, going on to join the graduating class of May 2016.
While at Thurgood Marshall School of Law, Lakia’ held a multitude of leadership positions in various organizations. Most notably, Lakia’ held the office of Editor in Chief for the Thurgood Marshall School of Law Journal on Gender, Race, and Justice 2015-16, as well as, Vice-President of the TMSL Student Ambassadors. As Student Attorney in the Thurgood Marshall School of Law Criminal Clinic, Lakia’ has proven to be exceptionally knowledgeable in criminal law, lending her talents to Harris County District Attorney Office as an intern in the 228th District Court. While studying at the University of Puerto Rico Law School, Lakia’ enhanced her understanding of immigration law during the summer of 2014. Lakia’ plans to continue the TMSL Motto by protecting, improving, and passing it on. 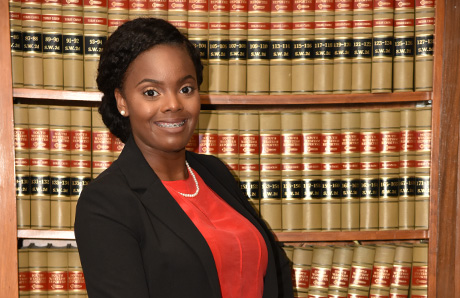 Cristina was born in Monterrey, Mexico and came to the United States at an early age. She has been working as the receptionist for the past two years. Cristina is pursuing a degree in Psychology at Sam Houston State University. 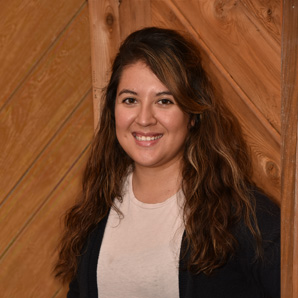 We are looking forward to hearing from you.

that the greatness of a man is not in how much wealth he acquires, but in his integrity and his ability to affect those around him positively.