Texas Crimes Punishment, originally posted on the website of our contributors, Law Office of Bryan Fagan. 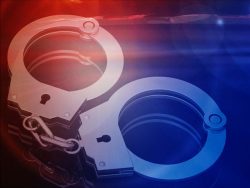 As an attorney who also handles criminal cases, one of the common questions asked is: “What are different Texas Crimes Punishment?” Therefore, I thought it was a good idea to write a blog for people to refer to for more easily accessible information of what a person accused of a crime is potentially facing. Texas Crimes fall into two categories:

First of all, misdemeanors fall into three main categories, Class C, B and A. I will start with the lowest punishable category and move up. The different Texas Crimes Punishments for misdemeanor are:

-Selling alcohol to a minor or minor having possession of alcohol or tobacco.

The Texas Crime Punishment for a Class C misdemeanor is generally not punishable by jail and has a fine up to $500.00. Also, there are other potential consequences for which you should be wary of such as suspension of your driver’s license. I will discuss the consequences more detailed in another follow up blog in the future, stay tuned.

-Possession of marijuana less than 2 ounces

-Lying to the police

Lastly, Class A misdemeanors are non-traffic violations and are punishable by up to a year in jail and a fine up to $4,000.00. The Texas Crimes Punishment for a class a misdemeanor is 2 to 3 years of probation or community supervision. Some examples of class A misdemeanors include:

-Assault with injury or against a family member

-Possession of marijuana 2 to 4 ounces

-Violation of a protective order

-Felon in possession of firearm

-Indecent exposure to a child

-Bigamy (be careful with this one)

-Burglary with intent to commit a felony therein

-Causing bodily injury to a child, an elder, or disabled person

-Treason (something we don’t see often)

-Murder with special circumstances such as multiple death involved, or in combination with another crime, murder of a police officer, or repeated murder offender.

Your punishment may be lower:

Lastly, remember these are the Texas Crimes Punishments for for each crime and the maximum punishable time. Certainly, if you are facing criminal charges you may not necessarily get the max sentence. Furthermore, you may even avoid jail and fines because a good attorney can help you with that.

If you are looking for a criminal defense attorney and therefore want to know what you may be potentially facing as a Texas Crimes Punishment, what strategy to take in fighting your allegations and avoid the punishment or reduce it to the lowest possible punishment, or if you simply want to call to discuss your legal issue, call or email me, Amir Tavakkoli, Houston attorney from the A.T. Law Firm. Our phone number is 832-800-5590 and the email is info@atlawoffice.com. We also travel to different counties including but not limited to Harris County, Montgomery County, Liberty County, Chambers County, Galveston County, Ford Bend County, Waller County, and Brazoria. Contact the A.T. Law Firm by calling (832) 800-5590 for a free consultation.