THE RESULTS ARE IN…. YOU ARE THE FATHER 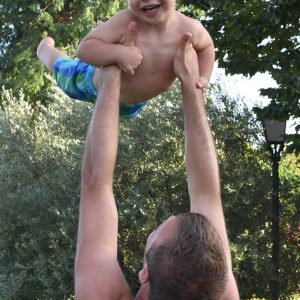 What about the Paternity of Artificially Inseminated Child?

A child resulting from artificial insemination is not considered the child of the donor unless he is married to the mother and has consented to the insemination. Therefore, if a man has donated to a sperm bank he will not be presumed to be the father of the child that is conceived with his donation.

How can I Overcome the Presumption?

Even though a man can be presumed a father, Texas allows a presumed father to overcome the presumption. This presumption can only be rebutted by adjudication or by the filling of a valid denial of paternity in conjunction with the filing by another person of a valid acknowledgement of paternity.  In other words, there has to be a man who has already acknowledged his

How can the parental rights be established?

In Texas, establishing parental rights of a father is known as adjudication of parentage. A proceeding to adjudicate parentage may be brought by: (1) the child; (2) the mother of the child; (3) a man whose paternity of the child is to be adjudicated; (4) the support enforcement agency or another government agency authorized by other law; (5) an authorized adoption agency or licensed child-placing agency; (6) a representative authorized by law to act for an individual who would otherwise be entitled to maintain a proceeding but who is deceased, is incapacitated, or is a minor; (7) a person related within the second degree by consanguinity to the mother of the child (the grandparents, siblings, niece, and nephew), if the mother is deceased; or (8) a person who is an intended parent.

However, a child without a presumed, acknowledged, or adjudicated father may be the only one to commence suit once he becomes an adult. When trying to adjudicate parentage for a child with a presumed father, the proceeding must be brought by a presumed father, the mother, or another individual no later than the fourth birthdate of the child unless: (1) the mother and presumed father did not live together or engage in sexual intercourse during the time of conception; (2) or the presumed father was precluded from commencing a proceeding to adjudicate the parentage of the child before the expiration of the four year time limit due to the mistaken belief that he was the biological father based on misrepresentations that led to that conclusion. If a child has a known father, anyone wanting to prove otherwise must bring the suit by the child’s fourth birthday.

If you have any questions regarding the paternity of a child in Spring, TX, North Houston, Woodlands, Klein, Tomball, Cypress, FM 1960, Galveston, and surrounding areas, call the A.T. Law Firm for a free consultation. We also travel to different counties including but not limited to Harris County, Montgomery County, Liberty County, Chambers County, Galveston County, Ford Bend County, Waller County, and Brazoria County. Contact the A.T. Law Office to set up a free consultation.